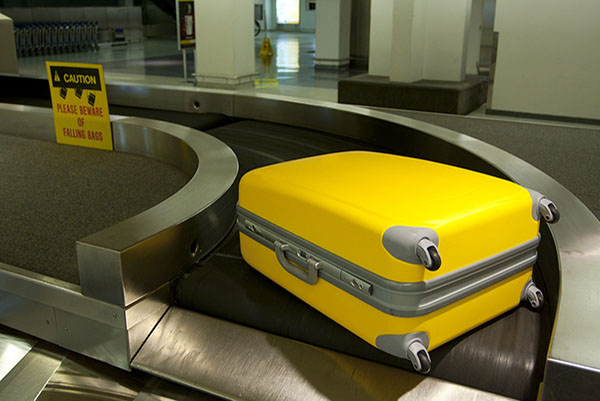 Esbelts belts are also use in others sectors such as Airports, Distribution Centres, Curved Conveyors, Recycling and Ski industry.

Esbelts belts are also use in others sectors such as Airports, Distribution Centres, Curved Conveyors, Recycling and Ski industry.

Conveyor belts for baggage handling systems that have been working successfully in Spanish and other international airports. In just one terminal, esbelt has sold more than 80.000m2 of belts and made 3400 belt joints for all its conveyor belts. Belts with different top cover finishing to meet the requirements of the airports (check-in, receiving conveyors, descending/inclined conveyors, diverters, curved belts…).

Logistics and distribution centres are getting bigger and they rely on a large number of conveyors. They require conveyors that can operate with a wide variety of products at different load volumes and to function reliably at full capacity. Belts available for horizontal and inclined conveyors, merger and diverter, sorters, curved and telescopic conveyors.

Commonly used in airports, logistics centers as well as factories which require curved conveyors to save space and to allow for quick transfer of goods. In Esbelt, they have researched and developed belts for such curved conveyors.  These belts are made of special fabrics which when installed, function correctly regardless of the moving direction as the working loads are compensated along the weft and the warp (the belt does not bulge on the return side of the conveyor).

Esbelt belts provide reliable parcel control in curved and spiral belts, as well as on inclining or declining conveyors.

The possibility to obtain a curved belt in one piece and with only one splice, improves its dimensional stability and guarantees the smooth transfer of products without varying its orientation.

More than 12 years contributing to the efficient use of waste materials. Usually supplied with reinforced profiles which are also manufactured in Esbelt and welded with high frequency machine.

Also available in TPU black, hard, matt or shiny, for the classification of residue by optical methods.  Esbelt thermoplastic belts reduce energy consumption as they are very robust while being lighter than rubber.

Esbelt has a wide range of PVC and PU belts available for the recovery, transfer, classification and separation of all types of wastes.